“the hostile swarm rewires internal circuitry of its host: a salvaged PlayStation One. it feeds this to the hijacked controller, allowing you to play endless combinations of visual distortion and harsh signal corruption” 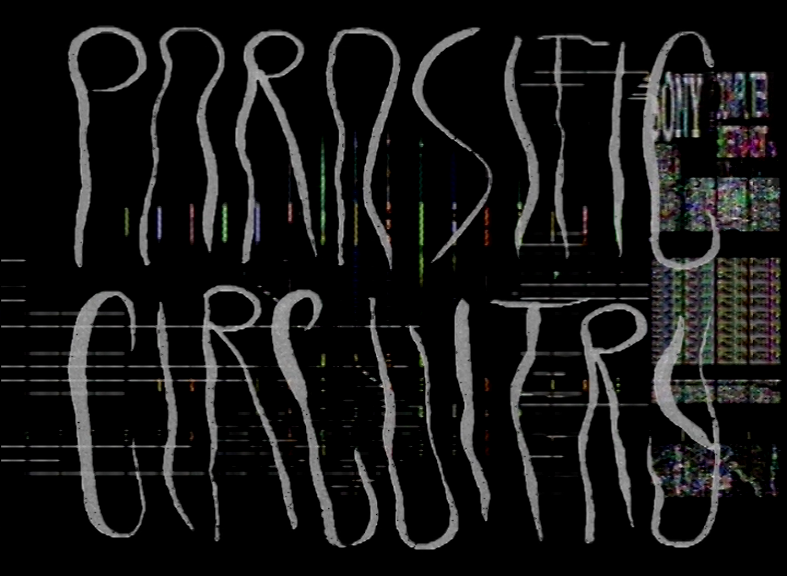 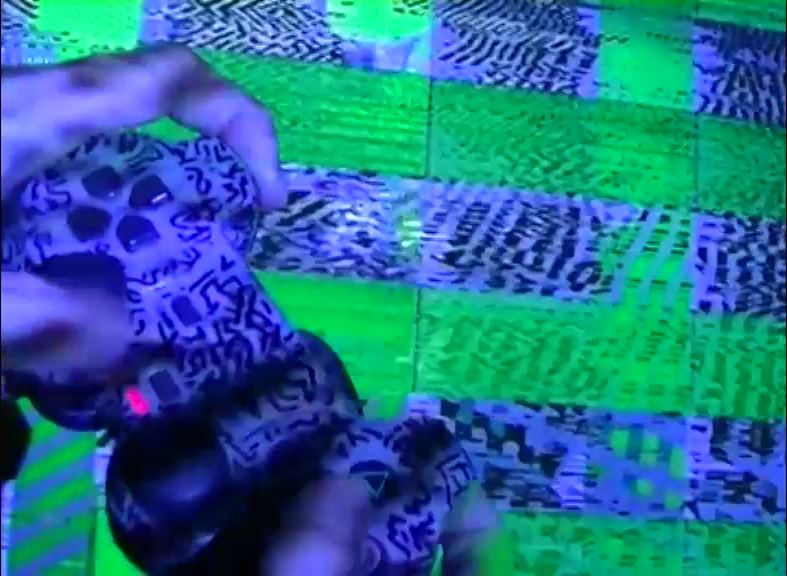 this installation takes a number of “bend points” on a playstation One’s graphics chip and connects them (via a relay board and an ardunio) to a second ‘glitch’ controller. player one controls the game (Spyro was my favorite) while player two controls the visual corruption.

more examples of the kind of video bends exposed can be seen in this video : 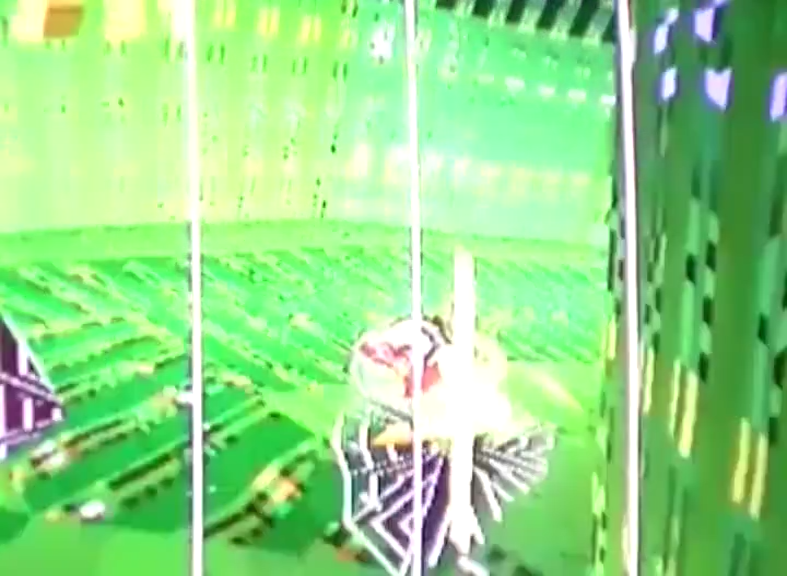 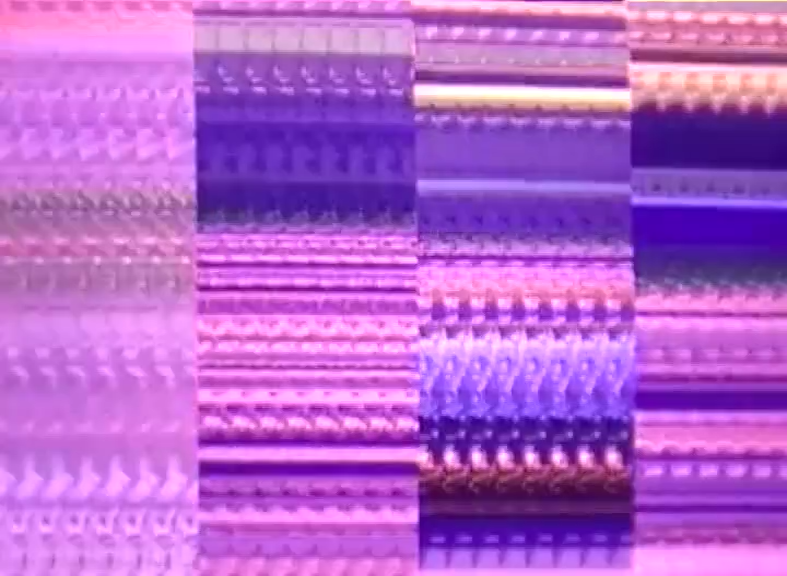 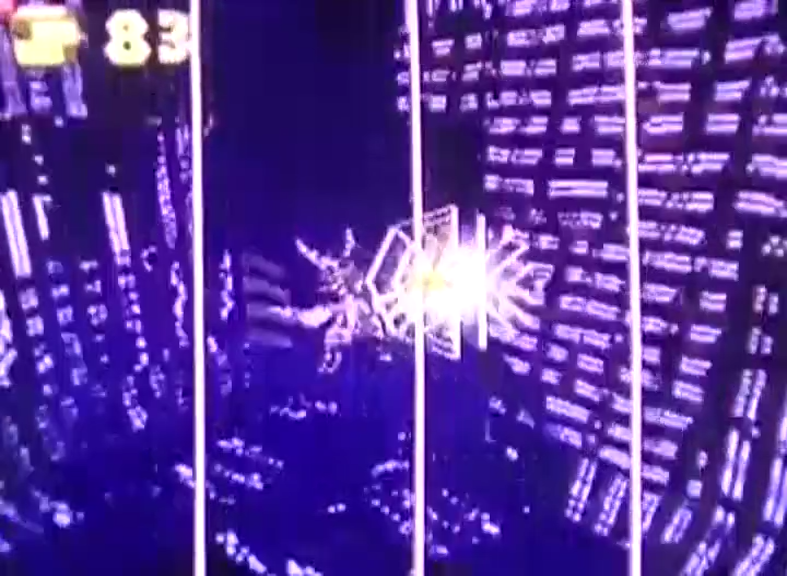 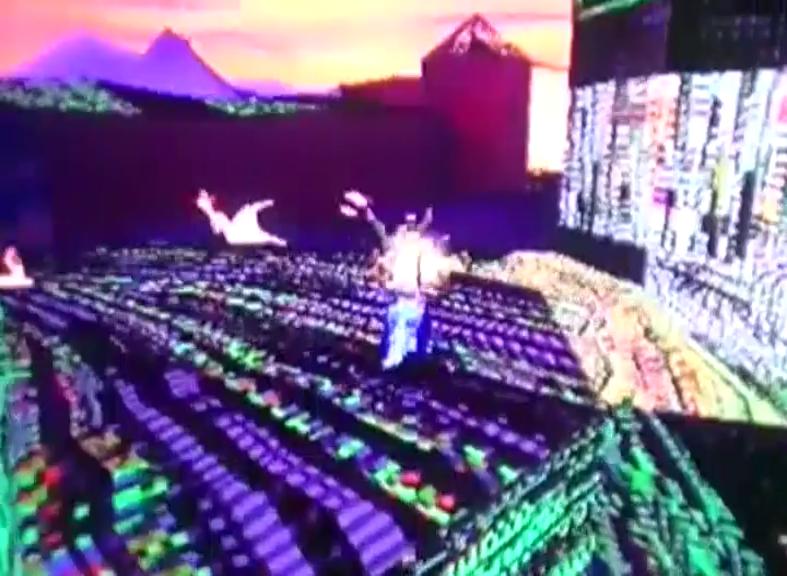 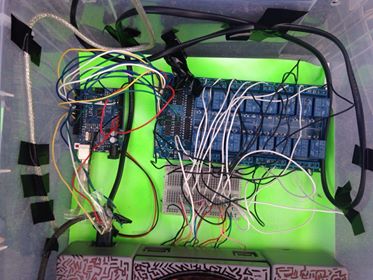 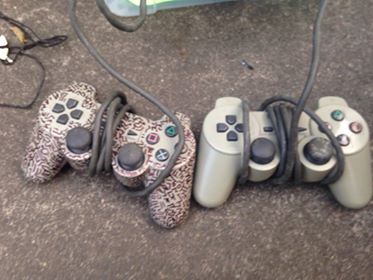 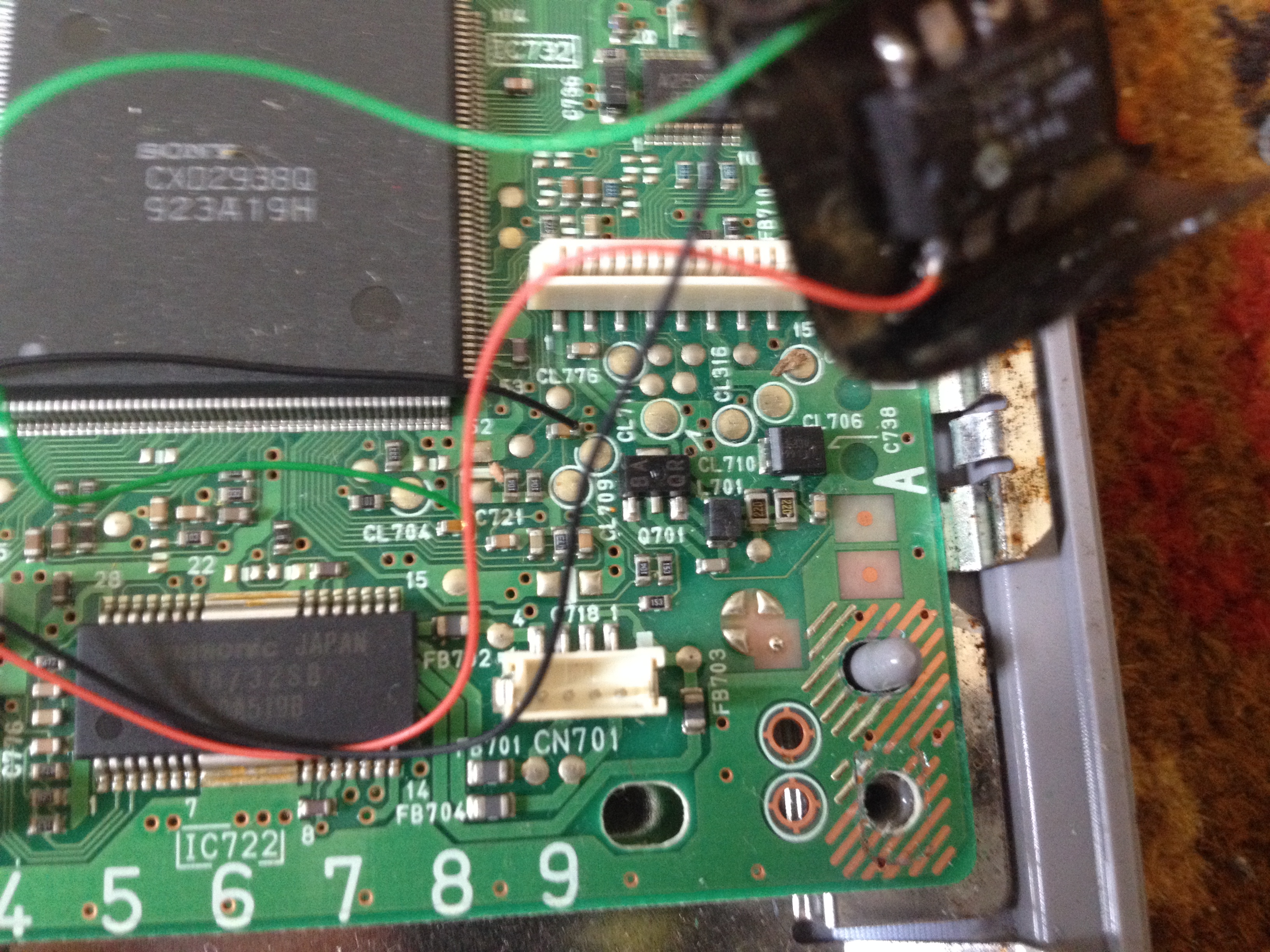 i cut out the bottom around this ic to access the bends easier. from here i could identify the points of interest : (will add my notes for these here when i find them) 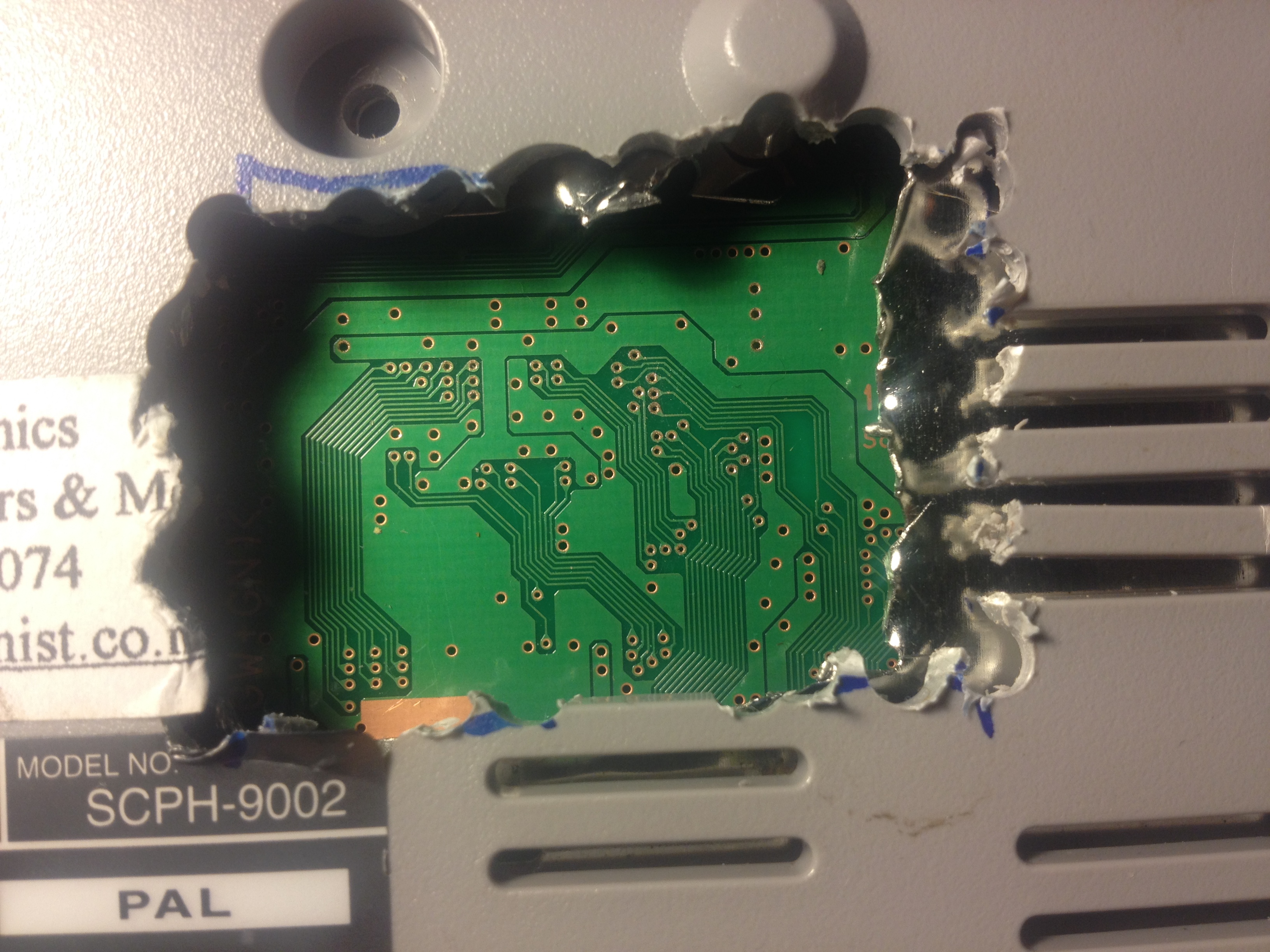 with leos help we soldered fine copper wires from these points to a strip board that we glued to the bottom. now the bend points can be connected without poking inside the playstation. 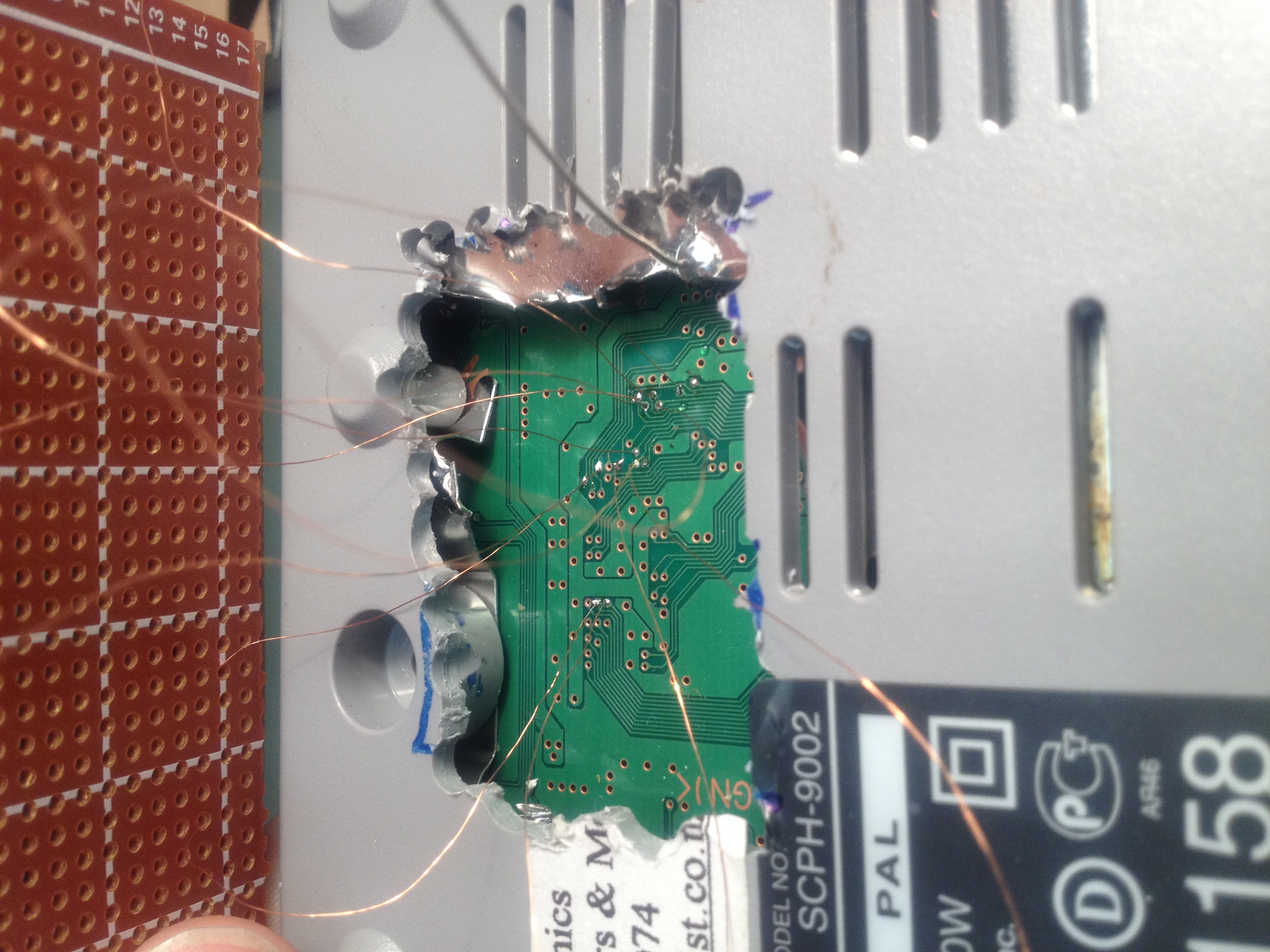 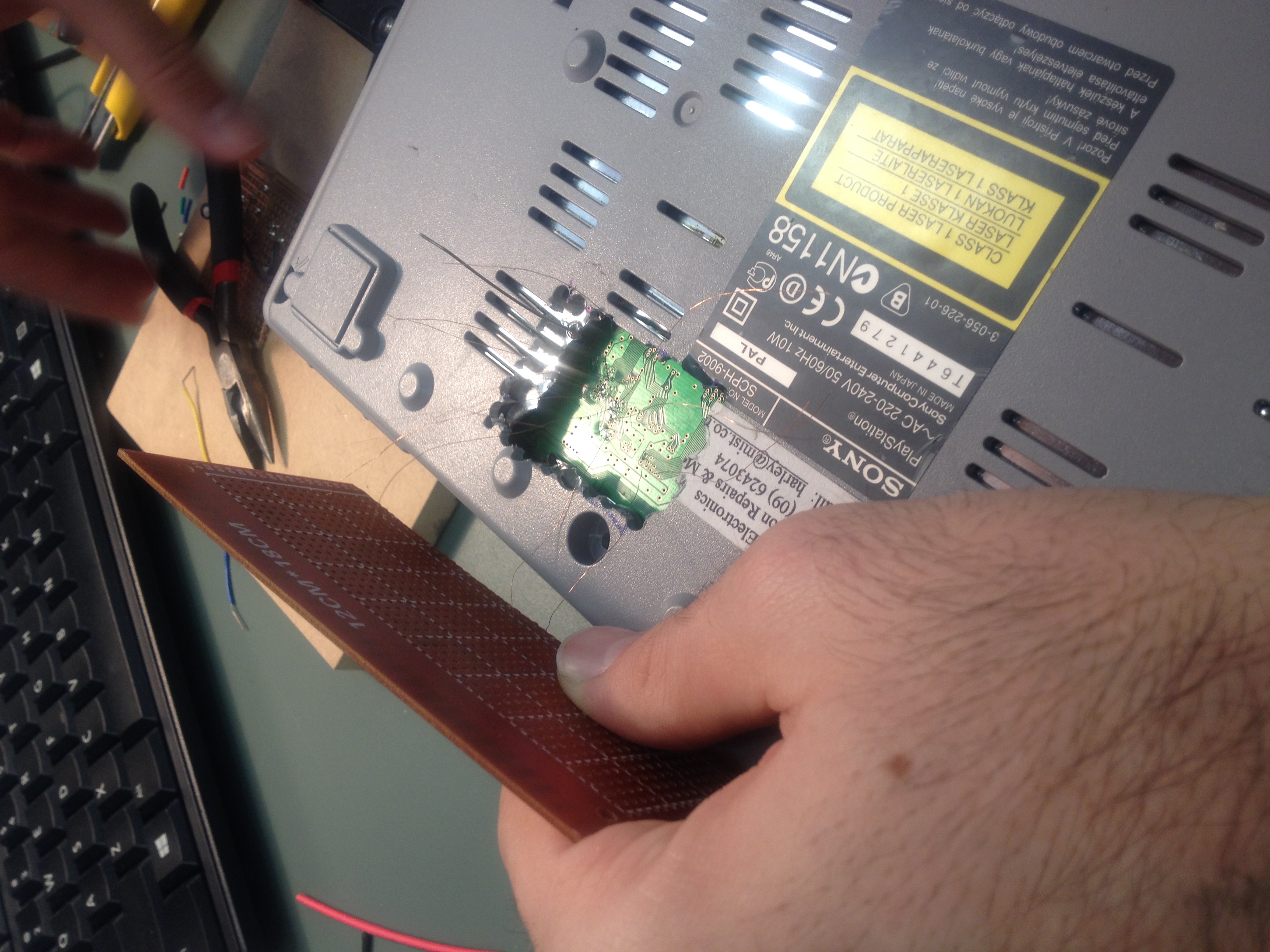 when i decided to try triggering these glitches programmatically, (rather than the more traditional circuit bender approach of physical switches and pots) my first thought was using a switching ic like CD4066 (Charles Werbick’s project programmatically creates patches on a tr626 with an array of CD22M3494s) however i could not get these ic’s to work. i suspect small resistance leaks from the chips may have been too high for this circuit, but didnt have time to figure out exactly why it wasnt working. instead, i ordered an array of relays (physical switches electronically controlled by electromagnets ). although less compact than using ic’s (which wasnt a concern for installation setting) one advantage of these is the satisfying clicking noise and flashing lights !

once the glitches were being switched by relays, the final step was to connect these to a ps1 controller. fortunately there existed a good ardunio psx library which does most of the heavy lifting. we cut the controller cable and connected wires to the ardunio as suggested on the library.

from here it was relatively straightforward to write some code that took in controller inputs and sent out relay commands. you can see/use the code we wrote.

some other things we didnt include but could be fun:

thanks to Andy Raba for designing the text : 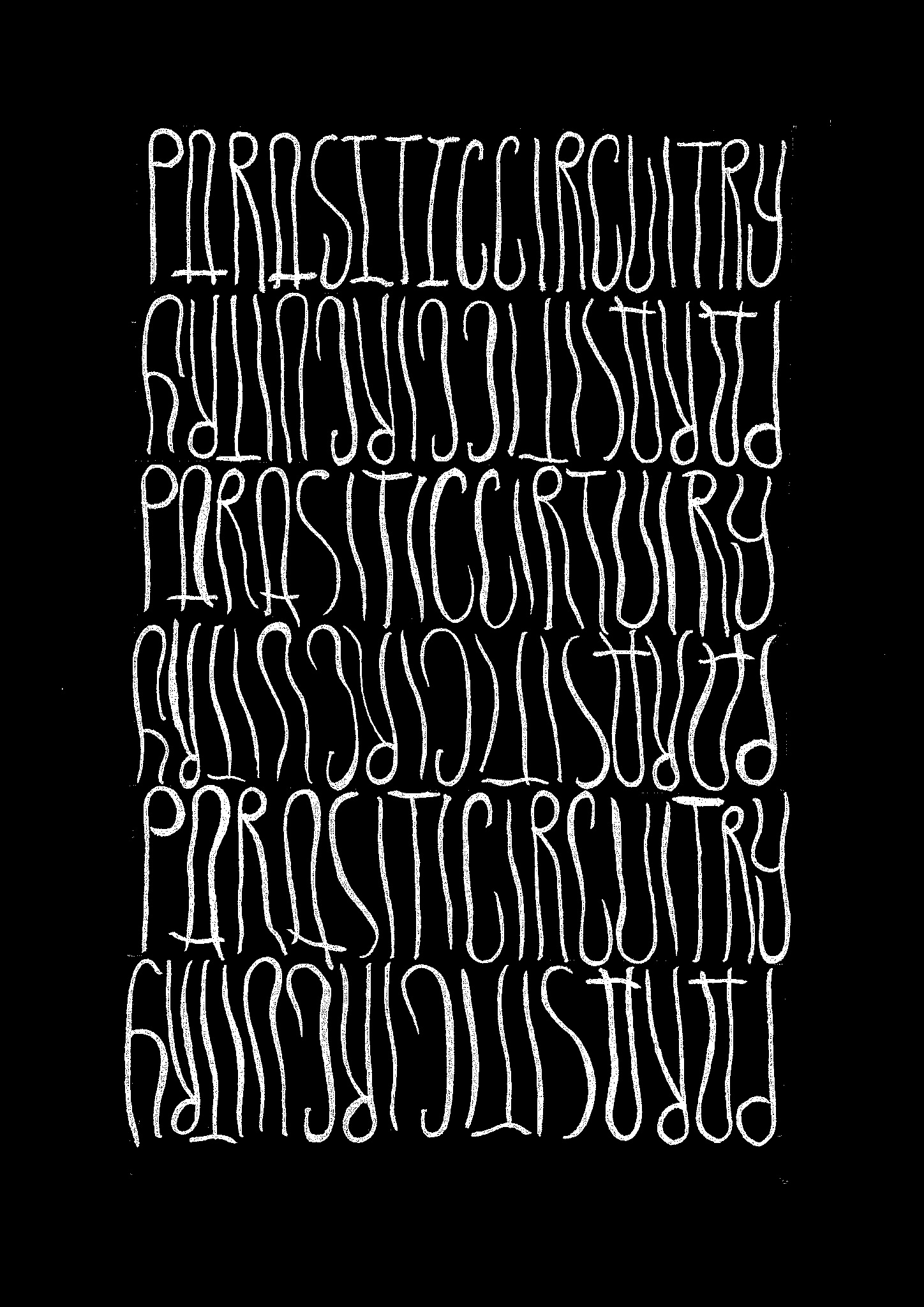